With the Warlord Games Con coming up Memorial Day weekend in Oklahoma City, I wanted to get my Konflikt 47 models ready to take along in the event I can get some introductory games in.

My initial force list was set up in Army Builder. I decided to make a fast attack, mobile, and versatile force that can claim objectives quickly but still deal with heavy opponents like tanks. To see the force list PDF you can click here. 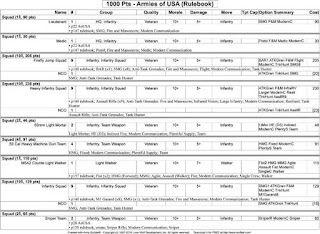 The first unit I wanted to start with was the Firefly squad. Rather than just settle with the standard boxed set I decided to do a little customization to give them a real dieselpunk/pulp sci-fi vibe.

For this project the following parts were used:

The first thing was to sort out the poses of the figure bodies and select which ones would go on the flight stands. The overall look I was going for was a succession of rocket troops coming in for a landing. Some troops would be already on the ground in a firing position while others were still airborne and coming in for a touchdown. 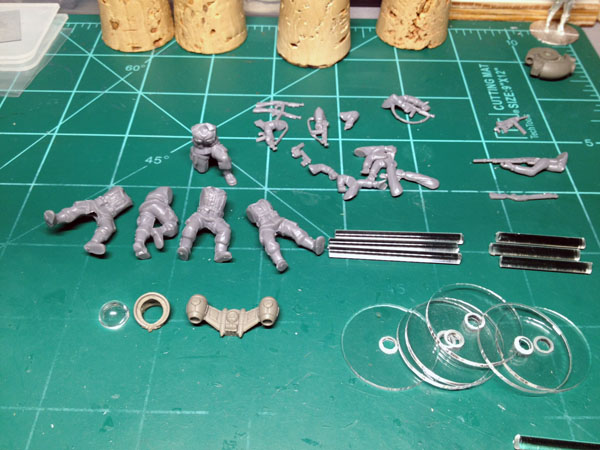 After cleaning mold lines off the parts, I drilled appropriate mounting holes in the bottom of the figures with a 3mm bit. Once they were dry fit on the flying posts I cut the feet from them and re-attached them using ProCreate sculpting putty. I also added some padded kneepads to their fatigues. 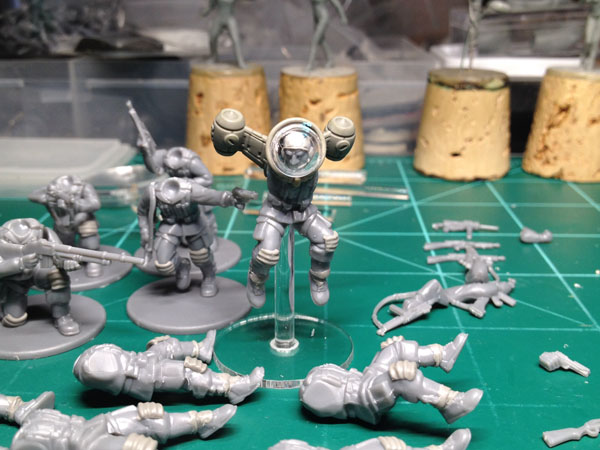 I picked one of the bare heads on the infantry sprue and sculpted a flight cap over it. This will be cast in resin for each of the figures' helmets. 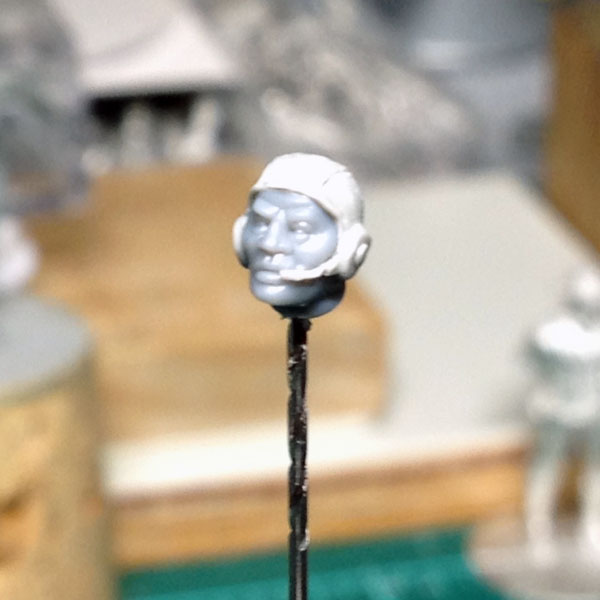 Once the squad is assembled it will be on to priming and painting.

Posted by Patrick Keith at 1:59 AM