A long time ago in a suburb far, far, away. a great adventure took place. 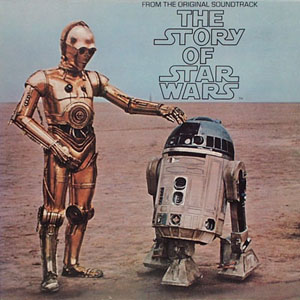 I can't begin to recount my entire experience of seeing Star Wars for the first time, and you probably wouldn't want to read it anyway. The summer of 1977 was a period of transition for me. It marked the point we moved from Turtle Creek in east downtown Dallas to the suburbs of Pleasant Grove, formerly known as Urbandale. I left Catholic school and would be attending public school for the first time starting fourth grade. During the summer I managed to miss all manner of marketing for the film except one.

The Story of Star Wars - I saw a few commercials on TV for this and ran across a copy in one of the big chain department stores, while shopping for new school clothes. I wouldn't have to be wearing a uniform anymore. After getting the album home I had no idea what to expect but it reminded me of the Disney read-along book and record sets that I had from a few years back. There was a color book inside filled with pictures from the movie. After playing the album over and over I begged my mom to take me to see this.

It was probably September that I saw it the first time and was completely transformed. I was already a "movie buff" at age nine and was a rabid fan of Planet of the Apes and King Kong (the original AND the 1976 remake). I knew who John Chambers was and Rick Baker. So for me the experience happened on many, many, levels. When I left the theater at Northpark General Cinema there was a little table outside with memorabilia from the film. For $2 I took home the Official Souvinir Book and devoured it's contents vowing one day I would create miniatures just like the ones in the movie . . . 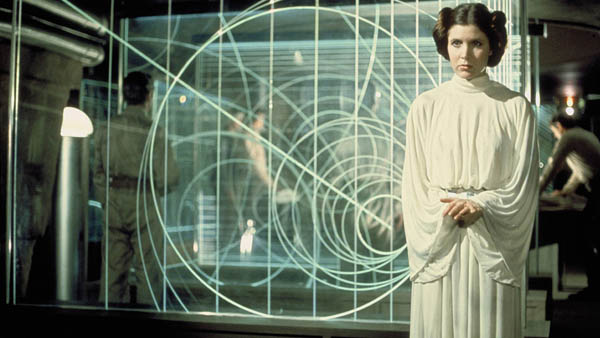 THE SPOILER FREE REVIEW (does include stuff seen in the trailers)

I haven't missed a Star Wars opening day since I first saw The Empire Strikes Back in 1980 when I was twelve. For the past 40 years it has all been a great source of inspiration and wonder. When the lights dim, and the logos appear, I feel the same thrill as I did so many years ago. Today was no different.

The Opening was as understated as I expected. It was indicative of the Rebels TV series and fit just fine. I knew it would be different from the numbered film installments because it was outside the regular numbering of the series.

The Direction was superb. Gareth Edwards knows how to work on a big budget effects pic but still gave it an intimate feel when it needed to be. Although the set pieces are huge and spectacular, it all fits as if the characters don't notice any of it at all. That sucks the audience in and makes you feel like you're along for the ride.

The Cast couldn't be better. I was familiar with a handful of the leading cast from other things but that  wasn't distracting. They inhabited the characters and were very convincing. There was no overblown ham-fisted dialogue for them to chew on. It felt direct and urgent.

The Costumes and Set Design were massively detailed. Everything on screen has layers of textures and carries that hallmark Star Wars-ness gritty lived-in look as you would expect. Everything that's on screen is a piece of art because it's all crafted to carefully recreate the aesthetics of the 1977 film. Even the details of Darth Vader's iconic suit are faithful down to the last blinking light.

The Music while subtle is exactly what I wanted. Hints and pieces of previous themes but an all new score. Michael Giacchino has become one of my favorite composers and knows what it's like to follow in the footsteps of other big composers with iconic themes. Mission Impossible and Star Trek both were big shoes to fill. Like with those, he takes this score and sprinkles enough familiar in it that it is not distracting. It is just right.

I will resist going into what the story elements are for the sake of avoiding spoilers but it was what it should be. When stacked up against similar movies like Seven Samurai, Magnificent Seven, The Dirty Dozen, and The Guns of Navarone it fits right in. Star Wars has now grown up with the rest of us and has finally delivered what we have deserved as fans all along, something fresh, new, original, but completely familiar.

Thanks Gareth, Kathleen, and crew. You honored the spirit of the setting without kowtowing to a fan-service rehash. 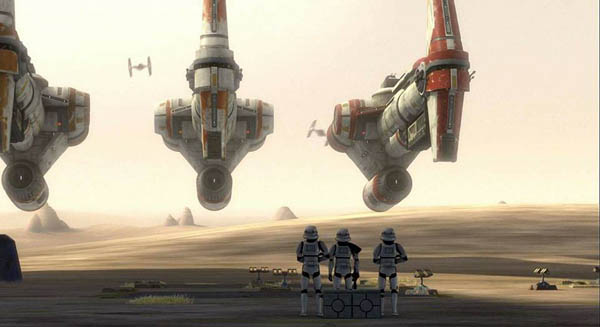 Posted by Patrick Keith at 2:21 PM