A couple of weeks ago I had some down time and snapped a few pics of more progress on my Special Edition YT-1300 mod. The goals for this session were to seal up the openings and attach the finished main engine module. 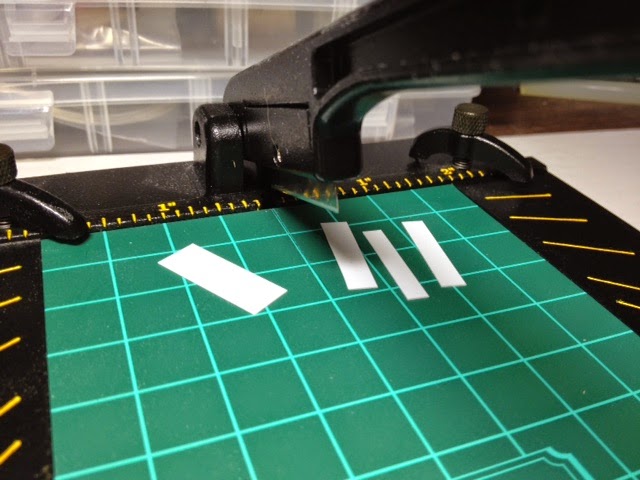 Since the cockpit tube had been attached to the fuselage it was time to start chopping out some detailing. This handy gizmo is The Chopper II from North West Shore Line , aptly named to make precise and quick cuts in styrene. 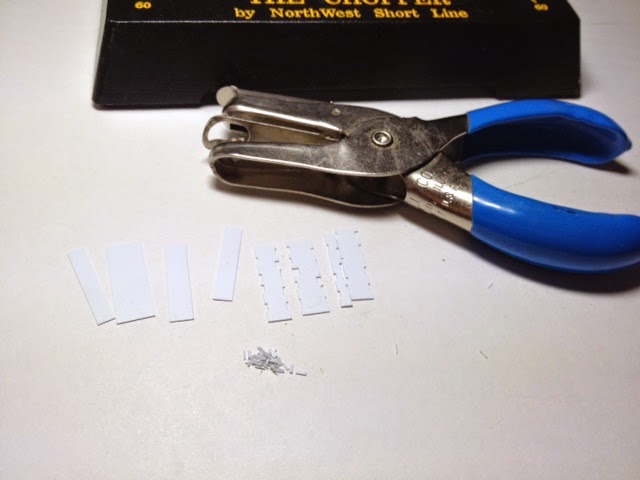 I then notched the paneling with a square hole punch I acquired at the arts & crafts store from the scrapbooking supply section. They have some other handy shapes I will also need at some point. 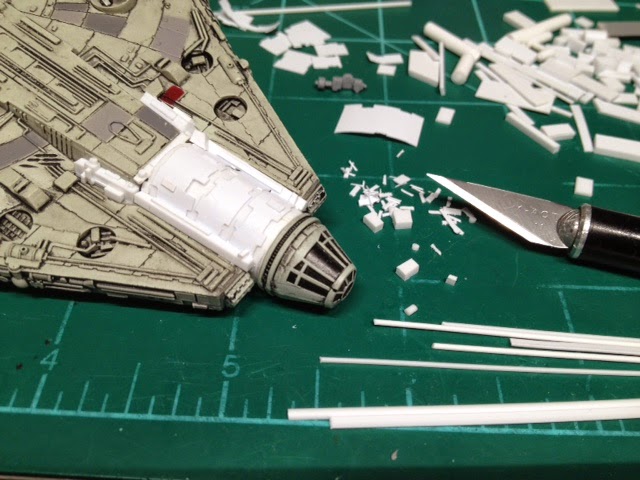 This plating was formed and glued around the perimeter of the cockpit tubing. 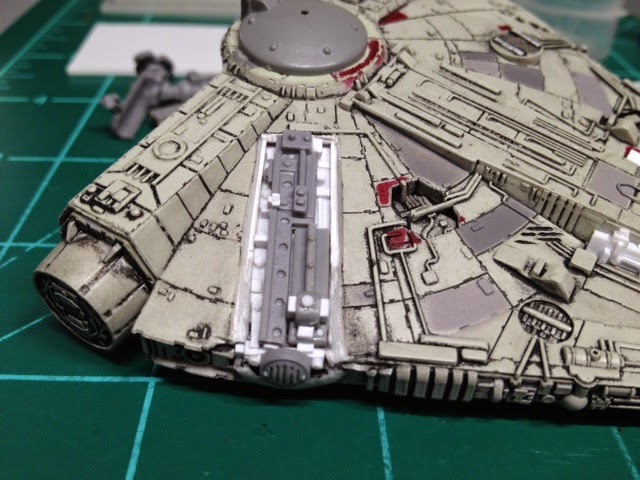 The area left open by removing the cockpit and corridor from the original position was filled with a piece of sheet styrene and then detailed with assorted bits. 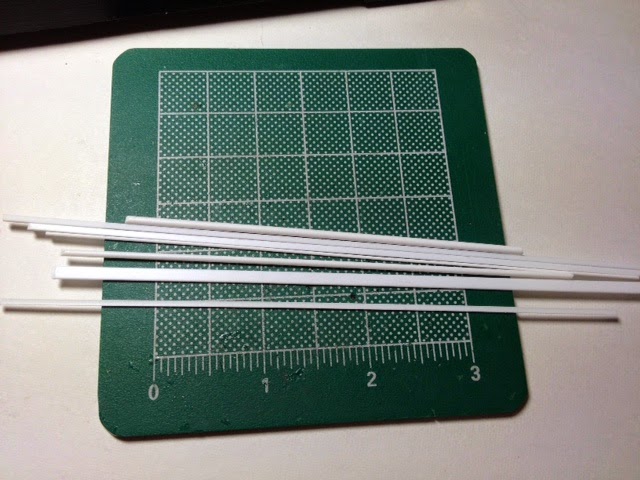 To make greeblies for the engine section I selected a few round and square shaped styrene strips of assorted sizes. 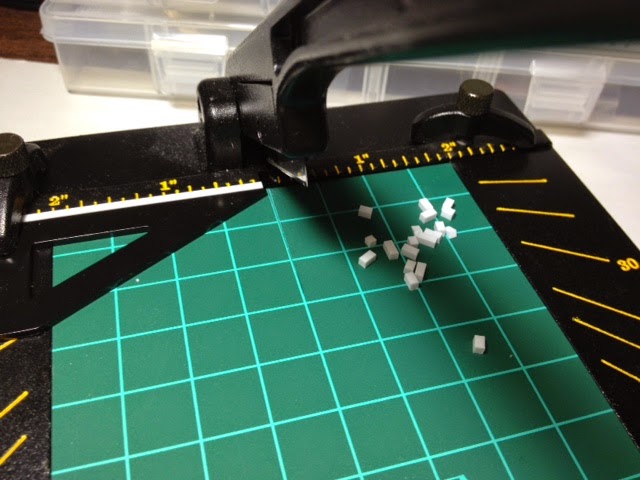 Again, I put these through the Chopper and cut random lengths from all the strips. 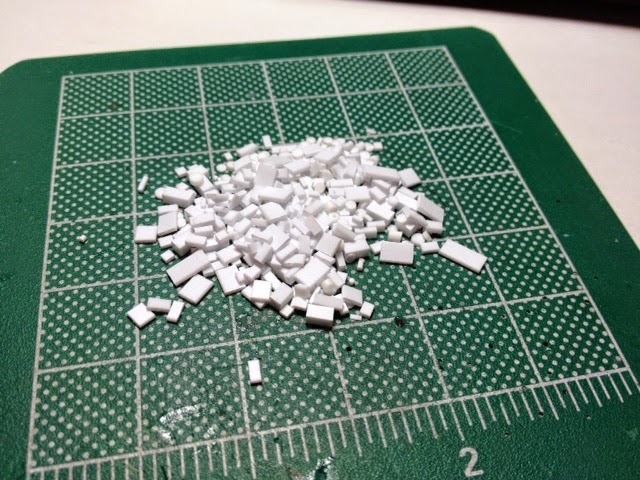 After a bout 20 minutes I had a fantastic pile of assorted shapes to use in detailing out the various sections. 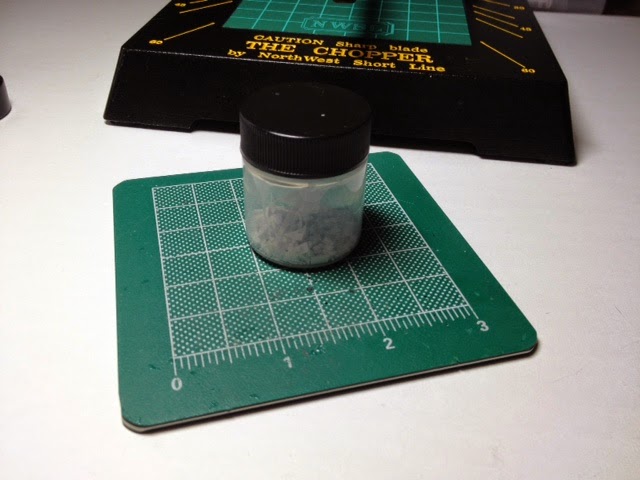 Since it will likely be a while before moving on to the detail. I stored all the greeblies in a handy container to keep them organized. 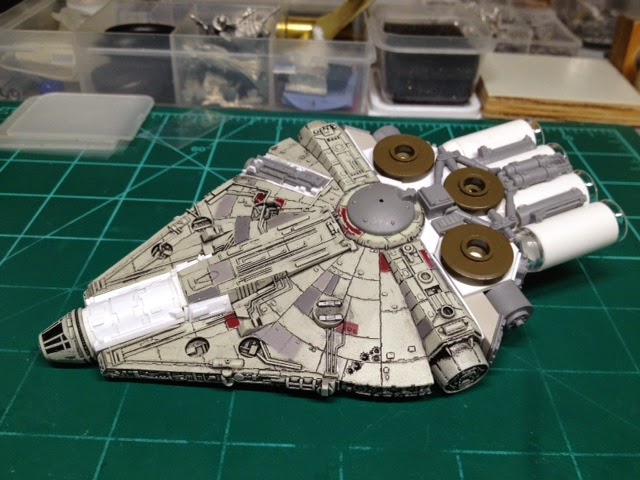 I then attached a strip of styrene across the opening where the original drive housing was located and then glued the upgraded engine module to the back of the hull. 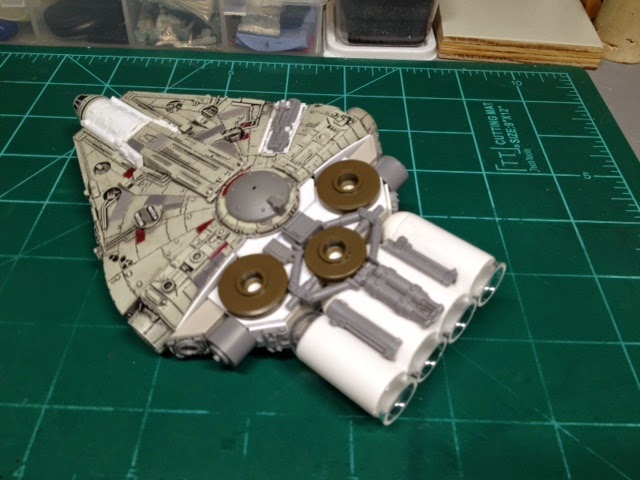 Were I more industrious I would have probably planned ahead more and installed super awesome LED lighting in the engine nacelles. Since I used some of the clear plastic domes that finally arrived from China to fill in the afterburners there would have been plenty of room to install all the stuff. Maybe on the next one.

Up next I will be sorting out all of the greeblies to super-detail out the engine components. The green bits shown here are some wheels off of a Tamiya tank kit. I will make a little press-mold to transfer the detail from the original Falcon model where the engine vent grating is modeled.

Posted by Patrick Keith at 5:56 PM